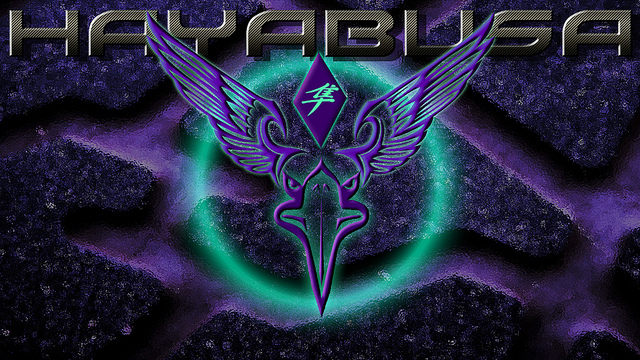 Hayabusa was originally known as Yakuza Vanu on the Johari server in the original Planetside starting back in 2003. Reaching a rank of 4th on the server for outfit points with the smallest outfit in the top 15 outfits with only 80 on roster (60 actual players, 30-40 on during primetime), the outfit also had the second CR5 on the server.

The original leader of Yakuza vanu and a few members left the original Planetside when the Johari merged with Markov and a few other changes came to the game that they weren't a big fan of, in conjunction with the release of Lineage 2, an FFA pvp focused MMORPG. Koga Clan was formed on Gustin in Lineage 2 where the clan recruited up to exactly 2 groups that was maintained and never having more than that. The clan was hired on a regular basis to take castles for other clans and were at war with all major alliances on the server about 80% of the time. Koga Clan was considered the deadliest mercenary clan on the server for three years. Koga Clan also never (yes never) lost a single war. Those who remained in Planetside formed Hayabusa and continued the tactical ops tradition the outfit so strongly believes in. Koga Clan later left Lineage 2 and joined up with Hayabusa in Global Agenda in 2010.

In 2007 the group reemerged in the realms of Azeroth. The outfit’s (guild) purpose was to develop skilled PvP players so that we could dominate in BGs. Unfortunately guild grouping for BGs did not yet exist and after a year or so of getting thumped by Horde except in AV the guild decided to re-roll as horde. Again the outfit suffered a bit from this decision with some members moving to WAR:Online for a short time, while others chose to remain playing their Alliance toons.

2008-10 Had a recursion of players as free time from SOE came up and members were willing to come back spurred on by rumors of a Planetside sequel. Fun times were had as outfitmates who haven't seen each other in a long time reminisced about the good ol days while killing elmos and smurfs.

Finally in 2010 a new challenge was issued to our members to come wage war in Global Agenda. It was during this time that the outfit saw its greatest successes. With the help and drive of a new skilled player base Hayabusa managed to level all opposition and globally colonize the entire Alliance vs Alliance map Sovereign in season 1. This took months of dedication and after the final triumph the outfit needed a break…

Fast track to late 2011, the outfit has once again reformed into a small group (10-15) casually PvPing in Star War: The Old Republic.

Come 2012 and we have reformed in Planetside 2 reuniting everyone, ready for action looking for those who want something more than individual play or zergfits.

Anywhere from single squad battles to platoon action. Being the fast movers and specialists who can take points and accomplish goals that the empire needs that the zerg might take too long or never accomplish.