"A Guardsman's LIFE is to die. My job has always been to send them where they CAN die. I'm not afraid to spend men, but I never waste them!" 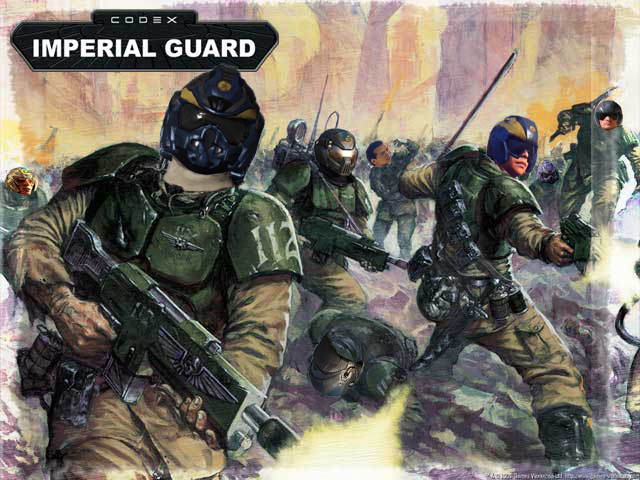 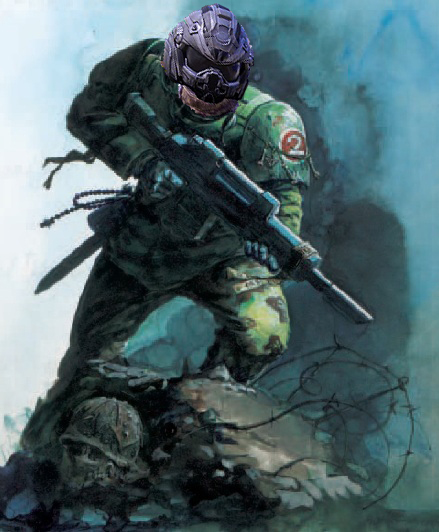 Have you ever asked yourself "Well the imperial guard is clearly the best race in Warhammer 40k they should be on tv, cereal packages and also every video game ever"

WELL THE TRUTH SUX SINCE THAT'S NOT THE CASE

So we are bringing the IMPERIAL GUARD 8TH CADIAN to Planetside 2!

NO (real imperial guard is coordinated)

Do we have a strategy?

NO (real imperial guard have strategy)

Do we intend to overcome our enemy with sheer quantity of men, whilst wearing chapparal cammo and shouting "TIME TO EARN OUR KEEP HUSTLE UP ONE TWO ONE TWO"

WHY YES THAT'S THE ONLY WAY TO DO IT!

Bascily, if you are looking for a casual outfit with no obligations other than to stomp your enemy to the ground and wearing a cool guild tag, BOY HOWDY DO WE HAVE A DEAL FOR YOU

SIGN UP TODAY FOR YOUR VERY OWN "Destroy thy enemy" LIMITED EDITION BLUERAY IN SPANISH, AND GREAT DENTAL INSURANCE

"To each of us falls a task. And all the Emperor requires of us Guardsmen is that we stand in line, and we die fighting. It is what we do best: we die standing."

BASICLY, we like rushing the enemy bases with soo much men that they actualy die from suffocation

Nevertheless, scouts stand ready with their sniper rifles to take out the retreating enemys that will flee in terror from our unmatched firepower!

When the heat of battle calls for them, our Techpriests stand ready with the Machine spirit by their sides to keep our vehicles battle operational

SPEAKING OF ABSOLUTLEY ANNIHILATING THE ENEMY

We are really fond of using MAX suits, recomended set up is using 2 AI weapons of choice for best results while carrying out a "BLAST THY ENEMY TO DUST" order.

Another important aspect of the Imperial Guard 8th Cadian is:

Why not a lightning? BECAUSE ALL OUR LIGHTNINGS ARE EQUIPED WITH EFFICIENT ANTI AIR AS WE CARRY OUT OR MISSION TO OBLITERATE EVER GOD DAMN THING IN THE SKY *BLAM!* HERESY!

THAT'S ENOUGH OF YOUR STUPID QUESTIONS

If you can't reach the enemy by land, WELL GEE WILIKERS I GUESS WE HAVE NO CHOICE BUT TO CLUSTER BOMB THEM FROM THE SKY

Reavers, some of us use Tomcats to guard the sky, but sometimes you just need to CLEANSE THE ENEMY WITH THE HOLY FIRE OF BREAKER ROCKETS! 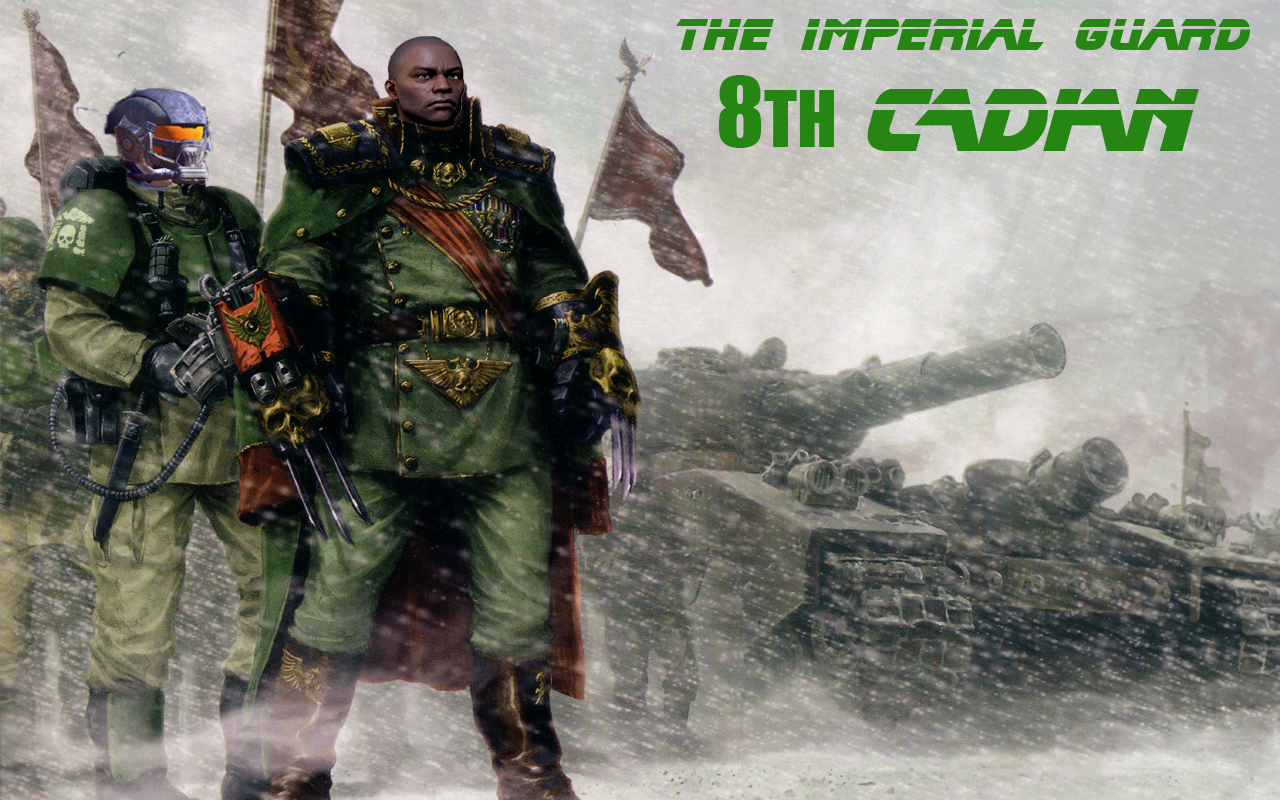 The Imperial Guard is the Defence Army of humanity in the universe of Warhammer 40'000. The humanity is ruled by the old falling Imperium and its God Emperor. In the Imperial Guard, there is no place for rebellion, and act in such way always result in executions. There isn't even a place for a "but" when an order is given.

The New Conglomarate fight for their own freedom from the Terran Empire which makes them rebels.

It is easy to understand that those armies are not compatibles.