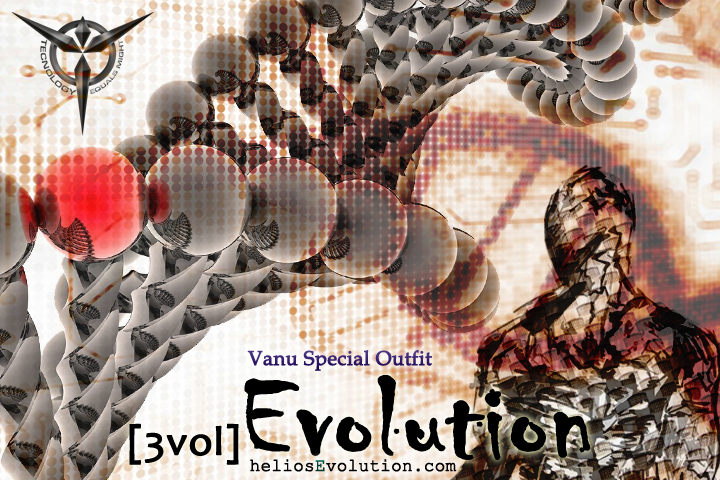 Welcome to Evolution. Evolution is the forward strike team of the Vanu Sovereignty. Although we consider our skill level more on par with ‘hardcore’ gamers, this outfit has the familiar feeling of a casual group. The main objective is to have fun; you can’t win every battle, but we will fight tooth and nail when the time calls.

Evolution’s role on the battle field will vary greatly. Offensive maneuvers will be carried out against territories that may seem impregnable. Applying the proper strategies to lower the enemy’s overall effectiveness will be our general rule of thumb. Defensive operations will rely on reacting quickly enough to the enemies changes in strategy.

We are the guiding hand of evolution.

Our goal is the evolution of the human species, and the eradication of the TR and NC. If they are good enough to survive, they will be allowed to live.

Our focus is the improvement of our group above all else, and the removal of groups bad for the gene pool. We train and modify our players to realize their full potential. We are genetically and technologically superior.

[edit] What are the Membership Requirements?

We accept players of all skill levels, however, team cooperation and respect of authority is paramount. The majority of actions we will take as a team will rely on these things, therefore members who cannot adhere to these requirements will be let go.

We will not be recruiting past one full platoon. When we reach that point, new members will be allowed in only as openings present themselves. We encourage players to be good at the game, and to get better. We are tolerant to people that are learning, and are willing to help them learn. It is highly encouraged that you have a mic, voice communication is invaluable. When you’re working on clan ops, do not follow any orders given on command chat, always defer to your immediate squad leader for orders.

Your age is of no concern to us if you are interested in joining; as long as you’re not disruptive by sounding like a child on the mic, and you perform well, you will be welcomed.

[edit] Our Code of Conduct

We don’t appreciate traitors; if you have an alt in another faction on Helios that you play regularly, you work against us and are not welcome.

If you have a grievance or criticism, wait until after the event.

Don’t be a dick in vent or team chat.

Don’t berate people on your team, even if they’re doing badly.

If you have a problem with someone, bring it to the attn of a commander, let them sort it out; don’t take matters into your own hands.

Don’t TK teammates, don’t TK others on Vanu. If you unintentionally TK someone, apologize.

No cheating, hacking, or exploiting.

Be respectful. Respect the rules of the voice channel you’re in; if a channel is involved in active ops, all discussion must be on topic of the ops. If someone is making useless chatter on voice during ops, whisper them or a commander about it, don’t call people out on voice. Don’t make fun of people in chat or voice, don’t be mean, some people are sensitive.