Hostile takeover is an old clan. It's been around since the late 90's beginning around the QWTF days and leading up into the launch of Planetside where it became famous/infamous for various things from hot dropping into no win situations, quickly reacting to backhacks and being a general pain in the neck for Vanu Sovereignty and Terran Republic alike. It likes being the thorn in people's sides by making the most of use of the people they have and their unique strengths. During the run up until the launch of Planetside 2, Hostile takeover remained active in Planetside in small yet effective roles, retaining its reputation into the beta.

With the launch of Planetside 2, Ht is once again making a name for itself in small group tactics including last ditch defenses, area denial, and fast, hit and run tactics. Unlikely to be found at the spearhead of a massive assault, Ht prefers to support from the wings and distract enemy forces to achieve victory.

In March of 2013, Hostile takeover was featured in Episode 4 of the War Correspondent series by Robert Stoneman.

Hostile takeover generally run 2 full squads during Pacific primetime (6-9pm) and the only demand made is that people remain flexible and react quickly to the constantly changing scenarios on any given continent.

There are 3 guiding principles that Ht believes make an outfit successful in Planetside 2 and they are:

If the tide can be held against a force 2-3 times in number by denying enemy Sunderers using a combination of armor, air and kamikaze attacks then it is Ht's game.

Mobility to hit targets as hard and as quick as possible. No one in the outfit only fulfills one role. Everyone does everything that's required of the situation.

Quickly react not only to stay one step ahead of the game but because it makes the game fun when involved in a dynamic outfit.

No one micromanages through orders or direction. The only requirement is that directions can be followed, a willingness to learn, and that members aren't a detriment to the fun of other members.

Though Hostile Takeover maintains a rank structure, the opinions and input of all members is valued and encouraged. The title next to a players name and ranking within the outfit may not necessarily denote a players worth. 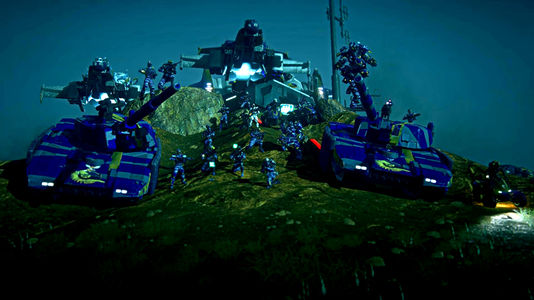